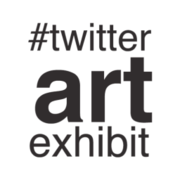 Say the word “Orlando” anywhere in the world and chances are there is instant recognition. That recognition is about to reach new heights within the art world. The international exhibition Twitter Art Exhibit: Orlando opens on March 20th, 2014, at CityArts Factory, Magic Gallery in Downtown Orlando, Florida and runs through April 11, 2014. This is a major step in Orlando’s growing presence in the broader art community, encompassing both national and international exposure.

Twitter Art Exhibit: Orlando features original postcard sized art created and donated by artists from all around the world. The sale of this original art benefits special needs students at The Center for Contemporary Dance. The entire exhibit is carried out by an unpaid, volunteer corps of organizers and artists; there is no entry fee, and artists of all career levels are encouraged to participate, making it possible for emerging talent to appear alongside seasoned professionals.

Costs associated with the exhibition space for Twitter Art Exhibit: Orlando have been underwritten by anonymous donors.

A spirit of generosity imbues this exhibition, as it has from its inception. Twitter Art Exhibit: Orlando is the fourth installment of this worldwide art experience, uniting artists from every part of the globe through social media in support of a worthy cause. David Sandum, a Swedish-born artist and social media influencer in the field of Fine Arts, first conceived of the open exhibition in 2011 as a vehicle for doing good through online community building.

Twitter Art Exhibit comes to Orlando, thanks to the vision of artist, public speaker and independent curator Robin Maria Pedrero. Pedrero has her finger on the pulse of Orlando’s art community, and sensed that the timing was right. She assembled a highly qualified volunteer corps of organizers working with the Twitter Art Exhibit board, with the goal of making Orlando the next stop for this exhibition.

Years ago as a former arts administrator for the Seminole Cultural Arts Council,  Pedrero had the opportunity to work with Dario Moore, who was awarded Artist of the Year. While observing Dario instruct a class of special needs students at The Center for Contemporary Dance Pedrero witnessed the transformative power of art. Movement, language, creativity, and discipline all came together in a meaningful way to these challenged students, giving them another tool for self expression. There was no doubt in Pedrero’s mind that they should be the beneficiary of this exhibit. “David (Sandum) and I grew up on Twitter,” says Pedrero. “I have been able to reach out to artists throughout the world, and now I can bring their work to Orlando, to my community. I am so excited about the worldwide reach of this exhibit and the potential it has to impact the lives of so many. I find this concept so thrilling.”

Hundreds of local and international artists are expected to participate.
Postcard art entries will be displayed and sold at a price of $35 each on opening night, Thursday March 20th, 2014, at CityArts Factory, Magic Gallery, through April 11th, 2014. Online sales will be available to the public after opening night. All proceeds benefit The Center For Contemporary Dance, Special Needs Students. This event is FREE to attend and open to the public.

The link is connecting incorrect please use