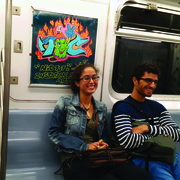 Denna Beena added a discussion to the group Call to Artists