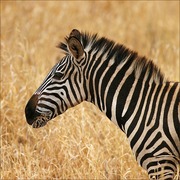 On the first opening night of professional basketball at Amway Center (originally known as the Orlando Events Center), award-winning logophile Brian Feldman will read the new NBA rule book to fans, outside, across from the Orlando Magic Team Shop presented by adidas, in the manner of a street preacher.

If you’re gonna argue with the refs this season, you gotta know the rules.

This project is not sanctioned, endorsed or sponsored by the National Basketball Association, NBA Media Ventures, LLC, Orlando Magic, Amway Corp., or the City of Orlando.

WHO: Brian Feldman Projects (67 Books, Brian Feldman Reads This Newspaper In Its Entirety, Why Would They Do That?)
WHAT: Foul! Official Rules of the National Basketball Association 2010-2011 as Read by Brian Feldman on Opening Night of Professional Basketball at Orlando Events Center [sic]
WHEN: 6-8pm Thursday, October 28, 2010
WHERE: Amway Center (outside, NW street corner of W. Church St. and S. Hughey Ave.) - 400 W. Church St. Orlando, FL 32801 http://j.mp/Foul_locale (Google Map)
COST: Free

RSVP for Foul! Official Rules of the National Basketball Association 2010-2011 as Read by Brian Feldman on Opening Night of Professional Basketball at Orlando Events Center [sic] to add comments!

Call to Artists at Mount Dora