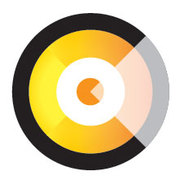 2012 was an amazing kick off to the Creative City Project. We had a public performance in a downtown public space every day during the month of October. Performing organizations included Orlando Ballet, Mad Cow Theatre, SAK Comedy Lab and an original performance in front of City Hall by Cirque du Soleil.
In 2013, we’re going to bring all that performing power together for one night – either Friday, October 25 or Saturday, October 26 (based on greatest availability for participation). This call is for live performances of visual art, performance art, new media, dance, music and theater.

Between 8 PM and 11 PM Downtown Orlando will come to life as the main character in a night of collaborative creativity. Many of the performances will revolve around the theme of : Light, Color and Sound (although not a requirement).

The event will have two components.
1. Ongoing experiences/installations
and
2. Scheduled performances
all throughout the downtown core – within walking distance of one another.

Promotion
For the month in advance of the Creative City Project event, promotion will consist of the physical and digital distribution of well designed collateral including maps and schedules of performances – including arts organization names and times. Additionally, we will once again be reaching out to print and broadcast media outlets for promotion.

The vision will be cast for an evening downtown in which patrons will encounter interactive installations, art exhibits and performances by some of Orlando’s premiere artists and arts organizations.

We’ve already begun conversations with last year’s performers and are now ready to begin putting together a schedule of performance times and locations.

Location
We are working on locations and will ensure that each performance takes place in a high traffic area. Performance locations will be accessible by those who are downtown specifically for the Creative City Project while simultaneously in locations that will be happened upon by passersby.

Most of the installations will be between Robinson and I-4. And most of the performances will happen near Orange Ave between Washington and Church St.

Submissions
The project is currently receiving submissions. Please submit work samples and a proposal to artists@creativecityproject.com

You can find more information about the Creative City Project by clicking the “About” button above. Or by visiting http://facebook.com/creativecityproject.