SAK COMEDY LAB TO RELOCATE TO CITYARTS FACTORY IN 2010 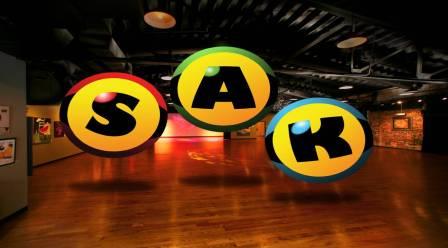 CityArts Factory -- currently home to five independently operated art galleries, the Kiene/Quigley Community Gallery, and the Orlando Magic Classroom -- is a 20,000 square-foot multi-use arts and cultural destination where visual and performing arts co-exist in the heart of the Downtown Arts District. Visited by more than 35,000 people annually, CityArts Factory showcases an infusion of local and international works of art.

“SAK Comedy Lab has a long tradition of providing improvisational theater suitable for all ages to Downtown and we are thrilled to be extending that experience in the epicenter of the Arts District at CityArts Factory,” said Shanon Larimer, Executive Director of the Downtown Arts District. “This new alliance gives the Arts District even greater momentum by providing a more dense cultural community in the core of Downtown.”

The new theater will include an enhanced visitor experience and will provide a 200+ seat rehearsal and performance space, full-service café, convenient parking options, and administrative offices. An exterior entrance with marquee signage on Orange Avenue will also be incorporated into the construction.

“We’re excited to be coming back to the heart of Orange Avenue in Downtown Orlando and are delighted to be involved with the Downtown Arts District, CityArts Factory, and the City of Orlando,” said David Russell, Managing and Artistic Director of SAK Comedy Lab. “SAK was born just one block over on Church Street seventeen years ago and we couldn’t be happier to be returning to where the action is.”

SAK Comedy Lab has been a part of the Orlando Arts scene for seventeen years and has created several arts organizations including the Orlando Theater Project (OTP), the Orlando International Fringe Festival, and the Central Florida Performing Arts Alliance.

“The partnership between the Downtown Arts District and SAK Comedy Lab expands on the cultural corridor already established in the heart of Downtown, providing more opportunities for cultural awareness in our City,” said Orlando Mayor Buddy Dyer. “Partnerships like this continue to take arts and culture in Orlando to the next level and benefit our entire Central Florida region.”

“This alliance is another significant milestone for the growing arts community in Central Florida,” said Downtown Arts District Chairman, Monte Olinger. “We are so fortunate to have a Mayor who believes in and supports the arts and cultural community. The Downtown Arts District has grown by leaps and bounds over the past few years and this is yet another example of Mayor Dyer’s vision for a world-class Downtown in action.” Before opening the SAK Comedy Lab, SAK Theater performed improvisational street theater around the globe and at Epcot at the Walt Disney World Resort, and recently celebrated its 30th Anniversary of laughs.

SAK Comedy Lab is a professional improvisation comedy theater featuring live performances five nights a week suitable for all ages and is home to SAK University, the largest improvisational training school in the southern United States. SAK also performs shows outside its theater with appearances at events and venues throughout the Southeast as well as entertainment, workshops and seminars on creativity, playing together and teamwork for corporate clients throughout Florida. SAK has also been the starting place for the careers of many familiar faces in movies and television, both in front of the cameras and behind the scenes as writers, producers, etc, most notably Wayne Brady (Whose Line is it Anyway?, Don’t Forget the Lyrics). For additional information or booking requests, visit www.sak.com or call (407) 648-0001.

The Downtown Arts District is a dedicated nonprofit organization for advancing arts and economic development in the City of Orlando. Established in 2000, the Arts District represents and serves the arts community by providing promotional and financial assistance to art and cultural venues, public art projects, and signature events. Comprised of a series of cultural communities, the Arts District encompasses the visual arts, literature, the performing arts including music, drama, film, dance, and arts and culture-related retail businesses. For more information, visit the Downtown Arts District’s official website and social network at www.orlandoslice.com.

CityArts Factory is a 20,000 square-foot multi-use arts and cultural destination where visual and performing arts co-exist in the heart of the Downtown Arts District. Visited by more than 35,000 people annually, CityArts Factory showcases an infusion of local and international works of art, and is home to six independently operated art galleries, the Kiene/Quigley community gallery, and the Orlando Magic Classroom. Funded in part by the Downtown Arts District and the City of Orlando’s Downtown Development Board and Community Redevelopment Agency, CityArts Factory is open free of charge Tuesday through Saturday from 11 a.m. to 6 p.m. For additional information, visit www.CityArtsFactory.com or call (407) 648-7060.

Comment by Stephen M. Clark on September 13, 2009 at 8:41pm
Congratuations on luring Sak to the City Arts Factory. It will make a nice addition to the facility.