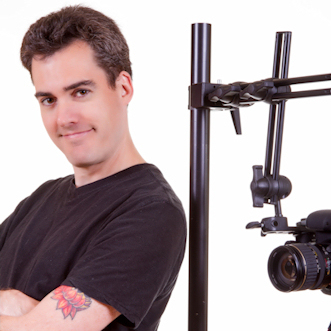 Jesse James Allen has not received any gifts yet

What juicy tidbit can you share about your favorite downtown memory?
The first time I learned to shoot long exposure photographs at Lake Eola

What brings you to THE SLICE?
I am very much an artistic renascence man seeking creative groups and people to brainstorm and create projects with.

Who is Jesse James?

My world of photography

My world of original music

My You Tube Page

Jesse James Allen (AKA as Savage Land Pictures) is a multi-media renaissance man based out of Orlando Florida. Jesse is known for completely different achievements depending on what circle you follow him in:

In photography: Jesse's photos of Exotic cars have been featured prominently in association with the Festivals of Speed. On the other side of the spectrum his images of a real life a Mirrors Edge video game character got him international attention on Flicker from the Cosplay community spawning several magazine features on hundreds of thousands of hits to his Flickr Page.

There is a strong musical side of Jesse who in 1996 remixed a #1 Billboard dance hit EP for Joi Cardwell under the alias Kid Sonic. Since that time Jesse has composed a number of tunes for film, television and video games none probably better known than the lower club “Afterlife” music featured in the mega-hit video game Mass Effect 2 that has inspired countless “Wanna Dance” videos on You Tube

In the import automotive world Jesse is known as a filmmaker pioneering three American based car documentaries on the import tuning scene in the years before “The Fast and the Furious”.

Locally Jesse spends a great deal of time teaching aspiring photographers, working with other artists on co-ops and giving guest lectures on sound design at collages and game conventions.

The Endurance Race Of Creativity

Looking for some creative ideas in 2014? Me too! In that search I compiled a lecture I did in Orlando about creative vision in photography, a walk-through of how a group of friends and I brought the "Mirrors Edge" Video game to life and a ton of inspirational links to creative talks and photographers...let this be a big grab bag of inspiration!

The full story with the lecture, how to video and creative resource links:…

My Top Ten Photographs from 2013

2013 was a fantastic year for photography, so many diverse projects and wonderful opportunities for me.
I had a lot of fun working with medium format film seriously for the first time as well learning a whole lot more about creative lighting.

Here are my absolute favorite photos from the year and a little back-story for each.…