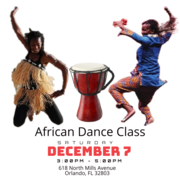 Join this amazing dance workout from different cultures in Africa. Get aboard this ship that will take you on a cultural cruise and experience of African energy and rhythm.

Orlando African Dance Explosion is a workshop that exposes you to instructors and rhythms from Central, East, South, West, and North African The workouts get you immediately moving all parts of your body It will take you on an exciting energy burst!

Orlando African Dance adds spice to your workout and helps you burn a lot of calories while you're having fun.

It is open to all dance fitness levels. 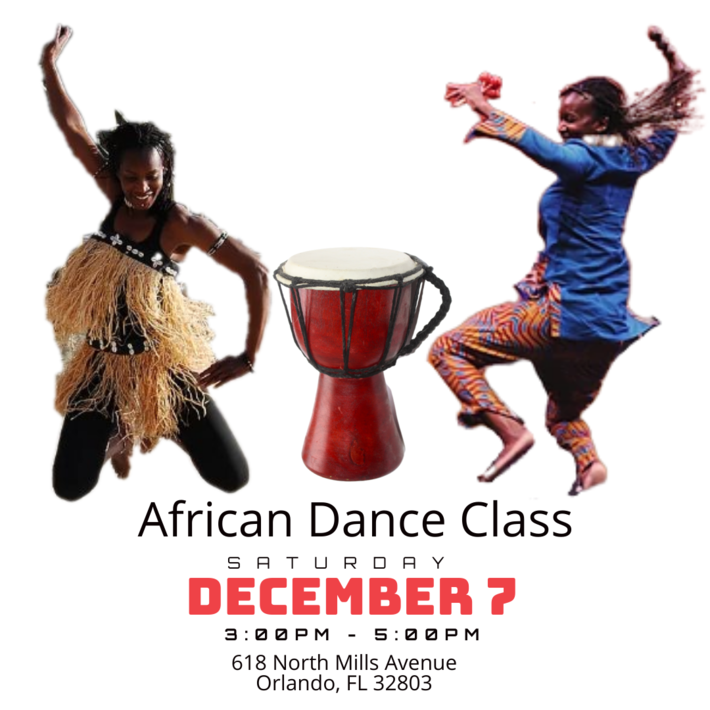 Barakissa Coulibaly is a West African dancer and choreographer from Abobo, Abidjan, Côte d’Ivoire. She started her career in traditional African dance in 1990 with “Fotemogoban”. She continued her career with “Djolem” and performed in Switzerland, Greece, Spain, France, Germany, and many other countries!

In fall 2012, she traveled to the United States to choreograph and perform for the University of Florida’s (UF) “Agbedidi” annual show. Barakissa's experience at UF inspired her to form her own dance company in Ivory Coast known as Compagnie Artistique Mouaye, in 2013.

Later in 2013, Barakissa returned to the United States to partake in Bates Dance Festival at Bates College and at the University of Florida as an artist-in-residence. Soon after, in 2013 Barakissa formed the philanthropy known as Petit Coeur d'Afrique, supporting the youth of Abidjan, Ivory Coast.

​February 2017, Barakissa served as a guest instructor at Houston Community College for the annual Akwaaba Dance And Drum festival and later in

​In April 2018, Barakissa was invited to provide a presentation and interactive workshop, on West African Dance and Health, at the annual Integrative Medicine conference at the University of Florida.

“African dances are manifold; they depend on each of their countries of orientation. The gesture: a different way to express the rhythm of the music which is also essential to the meaning of many life lessons. Dance is an essential element of the African cultural heritage. It is the living expression of its philosophy and memory of its evolution." - Barakissa Couliably