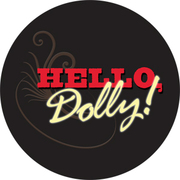 The incomparable Dolly is traveling to Yonkers to help the grumpy widower Horace find a second wife. It’s not long until the beloved matchmaker and self-proclaimed “meddler” reveals a plan to marry Horace herself – and Dolly always gets what she wants! An iconic musical about second chances, Hello, Dolly! is chock full of classics like “Before the Parade Passes By,” “Put on Your Sunday Clothes,” “Ribbons Down My Back,” and the unforgettable title song. Come fall in love again (or for the first time) with one of musical theatre’s most marvelous heroines!

The "spirit of self."

Smith Jonshone is now a member of Downtown Arts District of Orlando
Tuesday
Welcome Them!