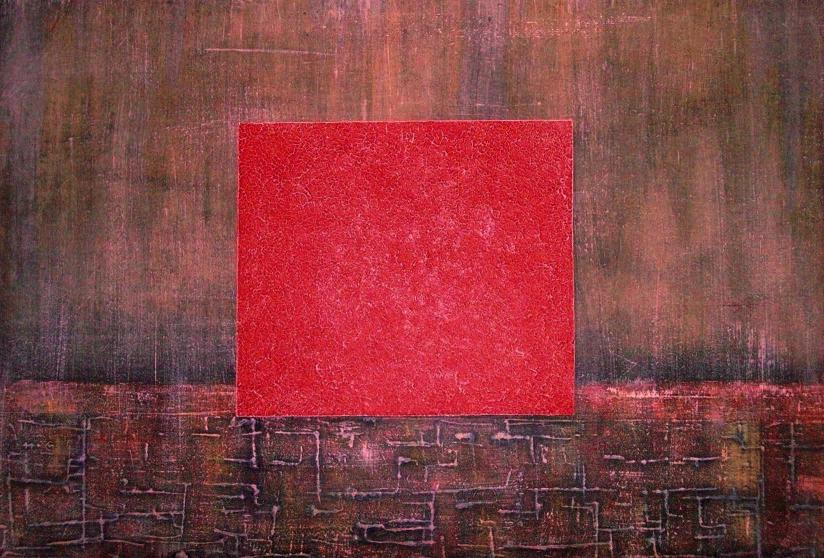 Samuel Santiago is part of that first generation from Puerto Rico to be born, raised and educated in the Bronx in New York City. Growing up during a turbulent time in the South Bronx projects, Samuel struggled to find his place between his talents and the realities of his neighborhood. Exposure to art at the Guggenheim and The Museum of Modern Art was influential to his following a path that helped him negotiate the volatile settings of his inner city environment. It was with a small and humble portfolio that Samuel, with the encouragement of his Junior High School art teacher, auditioned and was accepted to the High School of Art and Design in Manhattan. It was there that the seeds to his artistic personality were sown. Majoring in Illustration and discovering the application of both acrylic paints and mixed media, it lit a fire in his heart that gave voice to his raw talents.
The call of fatherhood redirected the focus of this aspiring artist. Over the years he never lost sight of his heart’s dream. Samuel relocated his family to Orlando, Florida, and took on artistic projects whenever they presented themselves in his community and place of worship.
With his children now grown, this young grandfather embarked to pursue his passion, to fulfill a dream and to make his mark. This deeply personal journey began as a quest of fulfillment. Sights were set on a European experience. Samuel arrived in Dublin, Ireland, at the end of May 2008. During the rest of 2008 Amsterdam, Manchester, and Barcelona were included in this journey of artistic rediscovery. Standing before the works of great artists such as Van Gogh and Picasso, an awakening stirred. In Cork, Ireland, inspired and focused, Samuel produced some of his best works. He participated in local art events and gallery openings. Samuel established his own fledgling Global Rogue Studio in the Patrick Hill area of Cork and set to work.
Recognized as a Hispanic American abstract artist, he was embraced by the art community and was invited to participate in Shaw Gallery’s “New International Artists” presented in December 2008. The Shaw Gallery, in Cork, Ireland, is a prestigious and sought after venue by new and established artists. The well attended opening night marked Samuel’s arrival.
This journey continues with Samuel’s return to Orlando, Florida. Returning to the United States with a few pieces from his European Collection, he is currently adding new works to his new American Collection. Participating in local art exhibits in local venues in the United States, he has been invited to show his works in group shows at RoHo Art & Coffee, Redefines, The Black Box Collective and at the offices of Florida Outsourcing Incorporated.
RoHo Art and Coffee has given Samuel the opportunity to have his first solo show in the United States displaying works from both of his collections. This young Hispanic American grandfather now enters a new and wondrous part of the journey he began a little more than one year ago. Exploring other facets of his artistic personality, he will include found art sculptures and wearable art pieces in future shows. Samuel’s journey is once again, just beginning.