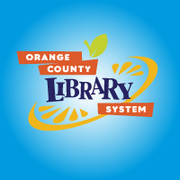 American Presidents: Life Portraits features the only complete collection of American presidential oil portraits by one artist, renowned North Carolina painter and sculptor Chas Fagan.  Accompanying the Fagan portraits are biographical sketches of all 43 presidents and each president's first lady.  In addition to the sketches are photographs contributed by the White House Historical Association that capture each president's time in the White House, as well as audio and video that viewers can access through their smartphones.

Commissioned by C-SPAN in 1999, Fagan painted the presidential portraits to complement C-SPAN's Peabody Award-winning television series, American Presidents: Life Portraits.  The exhibit has traveled to presidential homes and libraries, and was on display in Washington, D.C. during the 2009 Presidential Inauguration.

The exhibit's appearance at the Orlando Public Library is part of C-SPAN's signature Road to the White House 2016 programming, which includes extensive coverage of upcoming Florida Primary (scheduled for March 15).